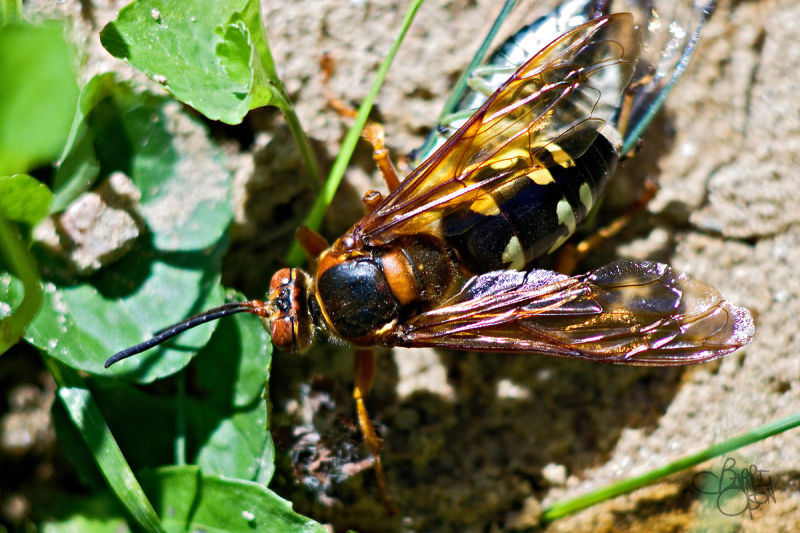 Previous Next
← previous day next day →

Big. Nearly as big as your thumb. I'd never seen these before. Caught this one dragging a Cicada into it's nest. They are strong flyers able to carry a weight twice their own, when carrying a Cicada. The females can sting, but the sting isn't bad like other wasps, and they will only sting if you really, really irritate them. We've got about 10-15 of the living by our driveway. It looks almost as if very small dogs had been digging, it seems they can throw the dirt backwards 5 or 6 inches. I used a 135mm and a 36mm tube to get some standoff room, before finding out they were pretty harmless.